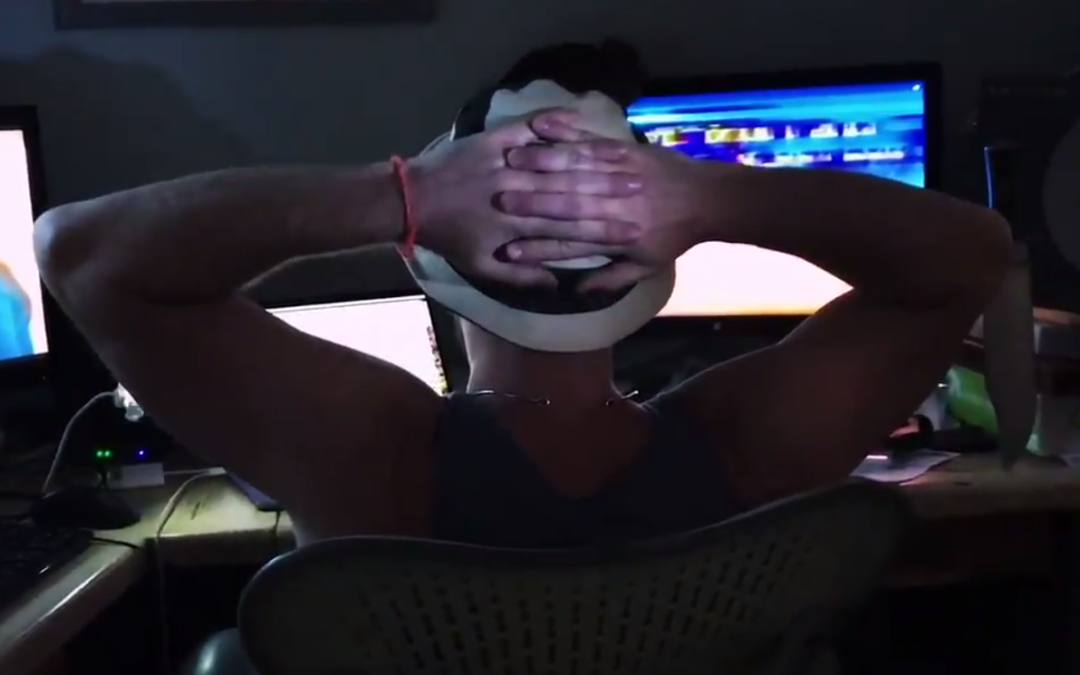 France had barely had chance to savor their victory in the 2018 World Cup Final before Duncan Jones sent another ripple across the Twitterverse by releasing a teasing short film of him pondering his next project. We knew it was to be a comic book adaptation after he tweeted earlier in the week, but we had no idea which one.

A little nervous about this, but hell, nervous is where the fun is!
I’m going to be making a comic book movie next! A pretty special one.
That’s the initial tease…

Second tease to come in a few days!

One for them  Or One for me?
One for them Or One for me?
Studio or wee indy
One for them ?
Or One for me?
Shall I make a comic book movie?
A Marvel film or perhaps DC
Image or Dark Horse maybe
Shirtless Bear Fighter was extremely funny
Or back to my Homeland to 2000AD
Sláine, Strontium or ABC?
Dredd was great but no sequel, pity
Yes, one from the Megaverse now let me see
Who oh who should it be?

Should more clues be needed, watch the video Duncan sent out and see if you can guess…