MOON Features In Barbican Into The Unknown Sci-fi Exhibition 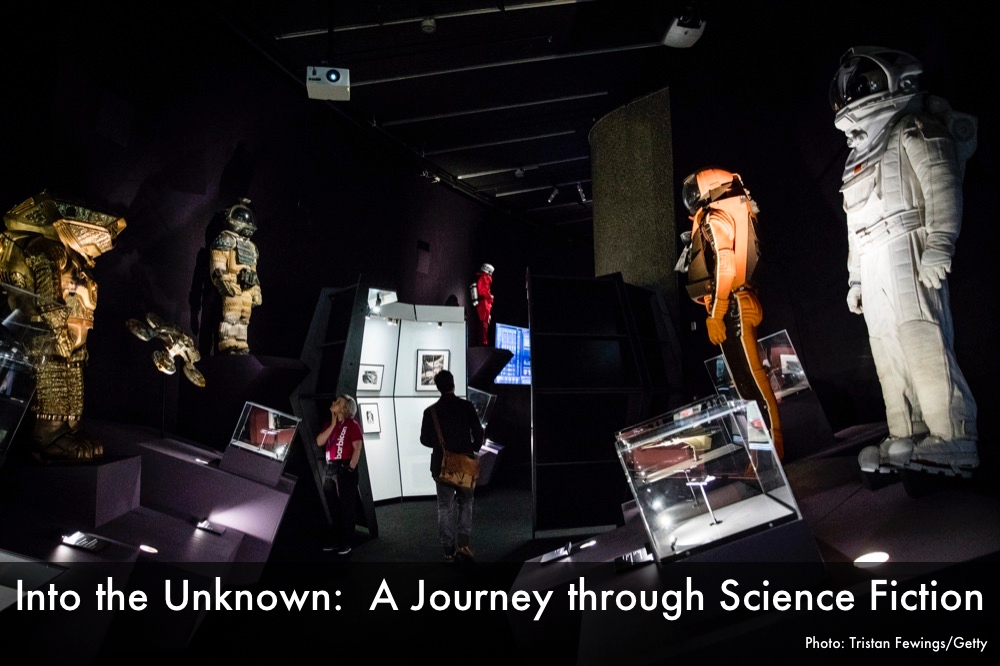 If you’d like to clap your eyes on and stand right next next to Sam Bell’s MOON suit from Duncan Jones’ 2009 award winning feature debut then best get yourself to The Barbican in London between now and 1st September where you’ll find the very suit worn by Sam Rockwell during his (sometimes) lonely trips out onto the surface on the Moon. As you can see Sam’s on a play date with Spock from Star Trek: The Motion Picture (1979) in chapter two of the exhibition, Space Odysseys.

If you can tear yourself away from an imaginary chat with Sam during your visit, there’s a lot more to satisfy every Sci-fi fan out there…

The genre-defining exhibition of art, design, film and literature.

From the 19th century cabinet of curiosities, to the vastness of space. Through future cities, into the inner landscapes of human perception.

Uncover the mysterious lands of Jules Verne and Ray Harryhausen where Science Fiction narratives first took root. Venture on an odyssey into our solar system, with vintage artwork promoting Soviet visions of space alongside immersive work by Soda_Jerk. Visit a gallery of aliens, and stand alongside iconic spacesuits from a galaxy of blockbusters including Star Trek and Interstellar.

Imagine dystopian worlds with Margaret Atwood and 28 Days Later. Then, with nowhere left to explore but human consciousness, delve deep and experience the transformation and mutation of the body through the eyes of Jack Kirby and Ex Machina.

Curated by historian and writer Patrick Gyger, this festival-style exhibition consists of more than 800 works, many of which have never been seen in the UK before. Continuing across the Centre, it includes artwork from Isaac Julien, Larissa Sansour and Conrad Shawcross, and an installation from the creators of Black Mirror.

Into the Unknown: A Journey through Science Fiction is at the Barbican Centre  from June 2nd to September 1st 2017

Full details and tickets over at the Barbican site.